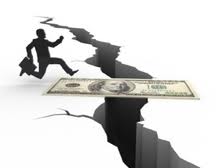 It really is a tale of two trends when it comes to the U.S. housing market. Over the short term, things are looking a bit better: According to the Standard & Poor's Case-Schiller Home Price Index, the housing market has shown four straight months of home value growth, with S&P's 10-city and 20-city indices, both up 0.9% in July. The Case-Schiller reading, taken Sept. 27, shows that even sluggish markets such as Detroit and Minneapolis showed improvement on a month-to-month basis.

"With July's data we are seeing not only anticipated monthly increases, but some fairly broad improvement in the annual rates of change in home prices," David Blitzer, chairman of the index committee at S&P Indices, said in an official statement. "While we have now seen four consecutive months of generally increasing prices, we do know that we are still far from a sustained recovery."

Now, new data show recovery could be further off than homeowners had hoped. The Fair Isaac Corp.'s(FICO) latest quarterly survey of bank risk managers, released Sept. 30, estimates that a U.S. housing recovery won't happen before 2020. And that's a rosy scenario.

Specifically, the FICO survey asked bank risk managers if U.S. housing prices would return to 2007 levels before 2020, and 49% of the bank managers said "no," with 21% answered in the affirmative.

And that's not all -- FICO has some more bad news for the housing market:


46% of bankers say mortgage delinquencies will rise over the next six months.


Only 15% of bankers say mortgage delinquencies will fall over the next six months.

FICO analysts are talking about a "generational" timeline for home prices to recover -- that's the kind of talk Americans haven't heard since the Great Depression. "Housing has been an enormous drag on the economy for over three years as U.S. households lost trillions of dollars in equity," Dr. Andrew Jennings, chief analytics officer at FICO, noted in a statement. "While the housing sector will almost certainly gain strength during the next nine years, many bankers clearly believe prices will remain depressed for half a generation. This puts the devastation of the housing crash into perspective."

Beyond housing, the FICO survey looks pretty grim across the board. Bank managers say credit card accounts, student loans and auto loans should all see a rise in delinquent borrowers through the first quarter of 2012. The survey says consumers will continue cutting back on credit card use for at least five more years, and that could be a drag on the U.S. economy.

Furthermore, only 34% of bank professionals expect credit to small businesses -- widely considered a harbinger of economic growth -- to increase through the same period.

Comparisons to Japan's recent "lost decade" have started bubbling up in the financial media over the past month or so. With a full-blown housing recovery at least nine years off, those comparisons are starting to look more prescient every day.
Posted by Greg Flowers at 6:37 PM