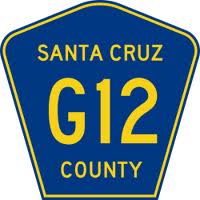 SANTA CRUZ --" The median sales price for a single-family home in Santa Cruz County in September was $490,000, the same as in August. The median, which is the midpoint of what sold, has topped $500,000 only one month this year unlike last year, when the median topped half a million for most of the year.

There were 145 sales in September, about the same as a year ago, but 41 percent involved distressed properties, slightly more than a year ago. Banks sold 37 homes, the third-highest tally this year, and short sales, where the lender accepts an offer for less than what is owed, dipped to 22. Real estate agents have been pushing to streamline approval of short sales since those homes tend to retain more value than foreclosed homes.

The local housing market remains clogged from the aftermath of the bubble that burst. About 1,170 homes are in the foreclosure process, according to the Santa Cruz Record, with another 1,160 having received a default notice for failure to make payments.

This is down from a year ago, when 1,400 were in foreclosure and nearly 1,400 had default notices, but with about 50 homeowners a week entering the foreclosure pipeline or advancing in the process, the pace of recovery seems slow.

In September, default notices were up in Felton but down in Aptos, yet several Aptos homes with loans for more than $1 million are scheduled for a foreclosure auction, according to ForeclosureRadar, which tracks foreclosure data.


Cancellations spiked in Scotts Valley, indicating a successful short sale or loan modification, according to ForeclosureRadar, while in Boulder Creek the number of bank-owned homes is the same as it was a year ago. About 20 percent of mortgage-holders in the county are underwater, according to CoreLogic, which tracks that data.

These borrowers bought or refinanced at the peak when the median home price raced up from $600,000 to $775,000 and now that prices have fallen, they owe more than what their home is worth. Yet million-dollar homes are being sold. About 7 percent of the September sales were for more than $1 million. It was the same percentage sold in that price range in March and May.

The condo market has seen the median price fall from $500,000 during the boom to less than $300,000 for the past year.September's median was $285,000, with 36 percent of the 33 sales involving distressed properties. The Dr. Housing Bubble blogger contends federal policies are pushing an articial recovery for housing "in bubble states like California and New York."

The Senate voted to restore the FHA loan limit to $729,500 from $625,500 as part of a spending bill. This measure requires House approval. Last week, Sen. Charles Schumer D-N.Y. and Sen. Mike Lee R-Utah. introduced a bill that would grant visas to foreigners who spend at least $500,000 on residential property, letting them to live in the United States.