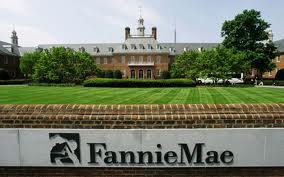 Mortgage-backed securities issued by Fannie Mae (FNMA) and Freddie Mac (FMCC) plummeted in price on Monday after the top housing regulator surprised investors by expanding an existing refinancing program to more borrowers and removing a key hurdle that has kept banks from approving new loans.


MBS tied to loans with high interest rates fell the most as those mortgages are the ones most likely backed by properties whose values have fallen below the loan balance, reducing the equity needed for a typical refinance.

Under the new plan, the Federal Housing Finance Agency will allow refinancing of loans guaranteed by Fannie Mae and Freddie Mac no matter the home's value, and extend the term of its Home Affordable Refinance Program through next year and 2013, the FHFA said. It will waive some liabilities to banks, making the lenders more willing to make a new loan with risky characteristics.

Since 2009, only 894,000 borrowers have used the HARP, of which just 70,000 were significantly underwater. The FHFA said the changes "may roughly double or more" the number of homeowners who enroll.

Investors had been speculating about an expansion of the plan for months but the announcement's breadth surprised many, said Scott Buchta, head of mortgage strategy at Sandler O'Neill in Chicago. Some investors expected the changes would be more limited, and thus have little impact on the pace of refinancing.

"They went for shock and awe," said Buchta, who added that the impact will likely be seen in early 2012.

As a loan is refinanced, the principal is returned to the investor at face value, or 100 cents on the dollar. But with high-rate MBS, such as those with 6% coupons trading at 109 cents on the dollar, prepayments cause steep losses.

The Fed buying of those MBS, which are most closely tied to current mortgage rates, could be expanded, New York Fed President William Dudley said Monday.

While changes help address responsible borrowers who have been plowed under as the housing bubble burst, the new policy runs the risk of alienating the investors that provide the bulk of all credit to homeowners by purchasing the securities packaged by Fannie Mae and Freddie Mac, analysts said. Investors who value MBS based on the level of refinancing have seen portfolios whipsawed as the government tweaked its rules, leading them to raise the premium they require to accept greater uncertainty.

Vast changes could mean unintended consequences of higher mortgage rates if investors begin to back away from the $5-trillion market, David Stevens, chief executive officer of the Mortgage Bankers Association, said earlier this month.

"I think we could potentially run the risk of robbing Peter to pay Paul," he told reporters on Oct. 11.

Analysts said the most significant change is that banks will be largely shielded from the risk that they will have to buy back HARP mortgages. They only will have to verify that borrowers have made their last six payments, have no more than one missed payment in the last year and that they have a job or another source of passive income.

The relief applies to most "representations and warranties," or the legal assurances of loan quality that have cost banks tens of billions of dollars as Fannie Mae, Freddie Mac and private investors hold them accountable for faulty lending during the housing boom. As a new HARP loan is made, the lender would be off the hook for quality of the initial loan.

Edward DeMarco, acting director of the FHFA, on a conference call Monday underscored that the new plan would give "substantial relief" from the representations and warranties. There are instances in which relief would be inappropriate, however, such as cases of mortgage fraud, he said.

"It's clear they listened to the originators," Buchta said, of the FHFA. "The representations and warranties were the friction, and to me nothing else works without that."
Posted by Greg Flowers at 9:35 AM