Zillow Reports "The Bottom is Near" 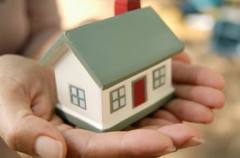 Home prices still may be down in many metro areas, but according to the latest report from online real estate hub Zillow, the majority of markets will hit bottom by later this year.


With the bottom near, an upswing is predicted and it may be as significant as 5%-plus in some areas.

“From an economic perspective, the latter part of the first quarter is full of positive news as the spring selling season gets underway,” said Zillow Chief Economist Stan Humphries. “While it is unlikely that national home values continue to rise at this rate through the rest of the spring and summer, it is undeniable that we are seeing sparks of life in the housing market.”

According to the Zillow findings, home values rose 0.5% from February to March, marking the largest monthly increase since May 2006. Of the 30 markets covered by Zillow, 19 are projected to reach a bottom in values during 2012, or already have reached bottom. For some, it will mean a substantial upswing—Zillow sees increases of 6.5% for Phoenix and Fort Lauderdale metro areas.

On a national basis, Zillow shows home values remaining flat over the coming 12 months, with a bottom in late 2012 and a very slight decline in early 2013.

“For people who have been waiting to time their home purchase close to market bottom, it’s time to start shopping,” Humphries said.