Home Sales Up, Prices Down Slightly in SOCAL 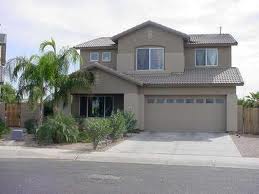 More Southern California homes sold in March than did a year earlier, and price declines slowed as the spring selling season got underway and more traditional home buyers entered a market that has seen record numbers of investors.
The Southland's median home price of $280,000 was essentially flat, down just 0.2% from March 2011. Compared with February, the median price rose 5.8% for a second consecutive monthly increase, real estate research firm DataQuick reported Tuesday.
Recent home price data have shown a broad deceleration in price declines in California and the nation's biggest metro areas. While a slowing decline may not be the most comforting news for average buyers looking to plop down their savings on a fixer-upper, it has led several economists and other observers to make hopeful calls that a bottom is approaching.
DataQuick President John Walsh doesn't expect a sharp turnaround in the housing market soon, given the recent weak numbers. Although March's sales statistics improved, they remain well below the historical average for the month dating to 1988.
"The results from the first big sales month of 2012 suggest the market is stuck in low gear," Walsh said. "This remains a very gradual — not to mention fragile — recovery."
Sales increased 2.8% year over year to 19,953 homes in the six-county region, DataQuick reported. Sales improved the most in Orange, Ventura and San Diego counties.
As is normal with the start of the spring shopping season, home sales from February to March jumped, this time 28.1%. Historically, sales have surged 37% between those two months, DataQuick said.
Sales have shown improvement recently, increasing for the last three months and for seven of the last eight months. Foreclosed homes and short sales — in which a home is sold for less than the outstanding debt on the property — accounted for about half of all sales last month.
Whether the housing market will turn around this year remains a key question among economists and policymakers. Economists see several factors working in favor of a real estate turnaround. Rents are quickly rising as prices are falling, making homeownership potentially more attractive to tenants who have steady work, can afford a down payment and have retained good credit.
In addition, while prices have trended down, they aren't in the same free-fall that emerged after the subprime mortgage crisis and credit crunch of 2007, experts have said. The drop in prices is largely due to foreclosures, which continue to ravage certain hard-hit neighborhoods.
Other broad indicators that support a housing recovery include a growing number of households, low interest rates and a tighter supply of homes on the market. The California Assn. of Realtors reported Monday that the state's housing inventory in March shrank to just over four months' worth. Economists generally consider a six-month supply of homes for sale a healthy market.
"Inventory is low, and there is just a lot of stuff that is overpriced," said Syd Leibovitch, president of Rodeo Realty. "But the stuff that is priced right is selling for much more than it would in October and November."
Activity by speculators continued at a strong clip last month, boosting the low end of the market. Investor activity nearly hit a record for the month and cash purchases were double their historical average, DataQuick said. Absentee buyers bought 27.9% of all homes last month, while cash buyers accounted for 31.7% of homes sold.
But as long as the share of investors in the real estate market remains high, prices are likely to remain depressed, as many of these cash-rich bargain-hunters buy homes at a discount. Housing also remains stymied by persistent unemployment and the threat of more foreclosures. The difficulties buyers are having securing mortgages is also slowing down the market, real estate agents have said, and the large share of homes in the state that are underwater is keeping prospective sellers from listing their homes.
Richard Green, director of USC's Lusk Center for Real Estate, said he is most concerned about the weak job market.
The high number of investors buying discounted homes is probably masking a recovery in values for properties purchased by people who buy homes to live in them, said Richard Green, director of USC's Lusk Center for Real Estate. The real concern is the job weak job market, he said.
"Things are probably a little better than they appear," Green said. "The only downside is the job numbers for January and February. If it weren't for that, I think we would be on a verge of a turnaround."
Posted by Greg Flowers at 6:49 AM