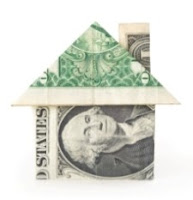 The average 15-year fixed mortgage inched to 4.27 percent, and the larger jumbo 30-year fixed rate moved up to 5.57 percent. Adjustable rate mortgages were slightly lower this week with the average 5-year ARM slipping to 3.87 percent and the 7-year ARM dropping to 4.21 percent.

Mortgage rates moved higher, but not very much, as investors looked past global concerns and took in a better-than-expected jobs report. The employment news validated other improving economic data and interest rates moved higher in response. Mortgage rates are closely related to yields on long-term government bonds. Even though mortgage rates have increased in each of the past three weeks, they’ve remained in a narrow range since late February, owing to a tug-of-war between better economic news and worries about rising oil prices and overseas events that could upend the economic recovery.

The survey is complemented by Bankrate’s weekly Rate Trend Index, in which a panel of mortgage experts predicts which way the ratesare headed over the next seven days. More than half of the panelists, 56 percent, predict rates to increase further. Of the remaining panelists, 38 percent think that rates will remain more or less unchanged and the remaining 6 percent forecast a decline in mortgage rates over the next seven days

Email ThisBlogThis!Share to TwitterShare to FacebookShare to Pinterest
Labels: Mortgage