4 Experts Comment: When Will California Real Estate Return to Normal? 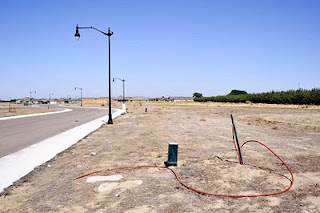 Foreclosures in California are still high. Sales of new homes are at historic lows. And millions of homeowners are underwater on their mortgages. So what's the outlook for 2011 and beyond?
• Emile Haddad, chief executive of FivePoint Communities Inc., expects home prices to "stabilize" in 2011 but declined to make a specific price prediction. Determining whether the housing market is on steady footing is essential to developers such as Haddad, the former chief investment officer for Lennar Corp. Haddad, along with Lennar, is now part owner of FivePoint, which is managing the development of the Valencia community in Los Angeles County and other high-profile projects. He believes a recovery has yet to take hold in California.

"We are bumping along the bottom," Haddad said. "And that is a good thing, because that is the first thing that you need in order to start seeing a housing recovery. You need to have a period where values are not going down and the trend is moving in a different direction. California's coastal markets will come back once the job market returns, he said, lifting consumer confidence. But California's inland areas are more likely to lag behind, and builders will have to reconsider the kind of product they offer in such places."

"In the Central Valley, values have changed a lot," Haddad said. "You are not going to be able to really have enough depth in the market to sell large, expensive homes, because the ceiling of value is way down." "If you pick on a market like Orange County," he said, "it is still a place that once people feel confident.... I believe people will be out buying homes."

• Leslie Appleton-Young, chief economist for the California Assn. of Realtors, predicts home prices will rise 2% in 2011. There are few professionals who would like more to see the housing market bounce back to the heady days of old than Realtors. Real estate agents made a killing when the housing market soared and then took a pounding when it tanked. During the boom years, Appleton-Young said, she espoused the theory that rising prices mattered more than making solid loans. That theory appeared correct as long as values kept rising.

"What happened this time was prices plummeted and everyone was in trouble," she said." These days, the economist sees little chance of the market returning to its previous heights anytime soon. We are in a very slow-moving recovery with prices stabilized at the moderate and low end," Appleton-Young said. "We are still seeing price attrition and price softening at the upper ends of the market. " 2011 will be lackluster, she said, but that does not mean California is not improving."

"We are almost two years into a price recovery. The problem is not to look at 2007 as the normal market that you are moving back up to, because it wasn't a normal market. We are back in an underwriting environment that actually makes sense. "You are seeing prices recovering throughout the state," she added. "It is just going to take time." 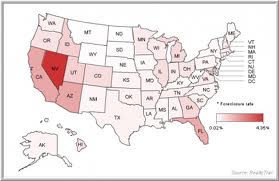 • Christopher Thornberg, founding principal of Beacon Economics, predicts home prices will remain flat in 2011. Once a senior economist for the UCLA Anderson Forecast, Thornberg was one of the first to predict the housing crash, pointing to prices that were way out of line with what people earned.

In that vein, he views the plunge in home values as its own recovery of sorts "because that is when prices went from stupid-high levels to levels that made sense again," Thornberg said. "Now we are in a post-recovery recovery, if you will. This is not the bust. A bust implies that prices have fallen to levels that are too low. And I would argue that prices today are relatively high. It's interest rates that have given us this degree of affordability, and from that perspective that is why I don't expect prices to come down."

Since helping found Beacon in 2006, Thornberg has become chief economist for state Controller John Chiang and chair of the Controller's Council of Economic Advisors. He serves on the advisory board of New York hedge fund Paulson & Co. He has been a forceful critic of the Obama administration's policy attempts to right the market."The administration has tried, through a variety of policy methods, to try and spike the market," he said.

• Bruce Norris, president of Norris Group in Riverside, expects home prices to fall 5% in 2011. The real estate slump has been good to Norris, an investor in foreclosed homes. But he believes the market is being artificially boosted by government programs and is set to fall further this year."We are in an artificial recovery," Norris said. "It's government controlled and manipulated. We have extremely favorable interest rates that we really should not have, based on our debt. We have supported real estate with tax rebates, and we have prevented inventory from showing up by allowing people to be two and three years behind on their mortgages."

"Foreclosed homes, in particular, are being kept off the market through loan modification attempts and other policies. You've had a slew of programs trying to prevent inventory from showing up, and that prevents reality from happening," Norris said. "It's definitely standing in the way of the natural process."