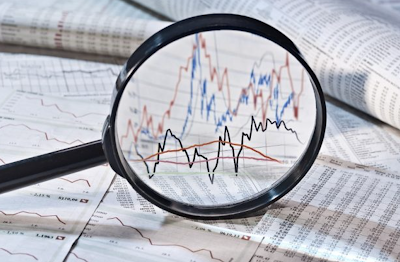 The U.S. economy shrank in the first quarter, and it will almost certainly get worse. A weak read on pending home sales is a bad omen for April sales data.

The initial read on Q1 GDP confirms what many already knew: Large parts of the economy came to a crashing halt in March, the economic expansion has ended and a recession is almost certainly underway. The negative quarter – the first since a 1.1% decline in the first quarter of 2014, and largest since the Great Recession – was driven by a severe pullback in consumer spending and trade-related metrics. Consumer spending, which comprises about 2/3 of the overall economy, fell 7.6% in the three-month span ending in March, with spending on services falling 10.2%. But as bad as these numbers appear, the second quarter’s figures are poised to be far, far worse.
Today’s release predominantly covers a period that preceded the coronavirus outbreak and includes data from just the few weeks of the economic shutdown that largely began in March. Businesses in some states weren’t forced to shut their doors until late March or even early April, and subsequent slowdowns – including a sharp reduction in spending and an unprecedented surge in layoffs — barely register in today’s report, if at all. It’s also common for initial GDP readings to be revised downward, sometimes sharply, in times of economic volatility. The initial reading of annualized GDP growth in Q4 2008 – the middle of the financial crisis – was -3.8%, a level that was later restated to -8.9%.
Taken together, it’s likely that today’s numbers will be revised downward when they’re restated next month, and that economic growth in the current quarter will plunge to levels not seen since the Great Depression. Even so, the housing market was a surprisingly positive note in today’s GDP release. The seasonally-adjusted annual rate of residential fixed investment, which includes spending on home construction, grew 21% from last quarter.
The monthly decline in March pending home sales — to their lowest level since 2011 — was disappointing in some ways, but not unexpected. Overall, today’s reading was in line with other housing indicators that have emerged in the last few weeks. Pending sales typically lead the official reading of existing home sales by 4-6 weeks, and most experts already expect April’s existing sales figures to decline sharply. Pending sales figures are often viewed as a forward-looking indicator of the housing market, but in today’s fast-moving, unprecedented times, today’s release in some ways already feels like old news.
But other, faster indicators tell a somewhat more optimistic housing story. One of these is the weekly read of for-purchase mortgage application activity, which showed purchase applications rebounding over the week ending April 24 after falling in early April to their lowest level in almost five years.
And these gains may be starting to accelerate. For-purchase applications still sit 19.8% below their levels from a year ago, but they were down 35% year-over-year just two weeks ago – a strong improvement in a short period of time. According to the Mortgage Bankers Association, the nation’s ten largest states saw an increase in purchase activity this week from last, with Washington, California and New York among those that saw a double-digit percent increase over that span.
Low rates and changing lending criteria appear to be playing a role. Rates last week hit the lowest point ever recorded by the Mortgage Bankers Association, while strict lending criteria and preferences are making for more attractive rates for those looking to purchase a home rather than refinance. All told, it is an encouraging sign for the housing market, and may suggest that a possible upturn in the market is indeed underway.