The Bay Area housing market is tight, and it keeps getting tighter. A new second-quarter analysis by Trulia shows that the housing supply shrank from a year earlier in the San Jose and San Francisco metros, though the inventory expanded in the Oakland metro.
The problem is that the inventory was alarmingly low to begin with — only 1,269 homes came to market during the entire second quarter in the San Francisco metro, which includes San Mateo County. That said, there is a whiff of good news for first-time homebuyers: the number of starter-homes rose throughout the region: by 10.9 percent in Oakland, by 24.1 percent in San Jose and by 26.1 percent in San Francisco. 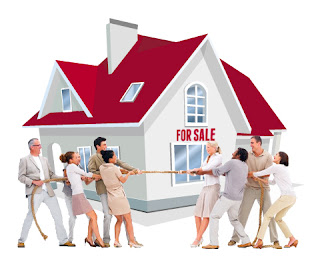 You’re feeling excited? Don’t. For those in the starter home market — the lower third of homes, value-wise — the percentage of income required to buy such a home in San Jose is 78.4 percent, Trulia says, compared with a crushing 99.6 percent in San Francisco and 60.5 percent in Oakland. Across the board, it’s a heavy burden for any buyer.

The median price of a starter home is $286,300 in Oakland, $445,667 in San Jose and $535,823 in San Francisco, the report says.
Yet competition for the limited home supply remains fierce. In fact, San Jose is the “fastest” market in the U.S., according to Trulia, with houses being snapped up in record time across all price ranges. Only 20.0 percent of homes remained unsold after two months in San Jose, compared with 20.3 percent in Oakland (the nation’s second fastest market) and 23.7 percent in San Francisco (the fourth fastest market).
Posted by Greg Flowers at 12:47 PM