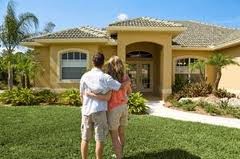 CoreLogic’s Market Pulse for August 2016 reports on the national market and local trends, including a new inside look at the rental sector. Similar to the data company’s CoreLogic Home Price Index (HPI) and CoreLogic Case-Shiller Index, the new Single-Family Rental Index (SFRI) measures the growth of the rental market since January 2007.
After a massive growth spurt at the tail end of 2009 and into 2011 and steady growth that continued for a few years after, the SFRI shows rental price gains have recently begun to soften. 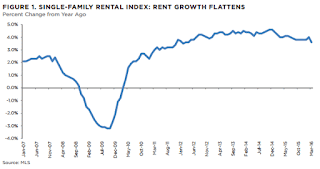 Rent growth peaked at 4.6 percent in December 2014 over the previous year, but as of May, the growth rate was 1.2 percent lower, at an annual uptick of 3.3 percent. Following a similar pattern to that seen in the homebuying market, the rental market has seen a slow-down in the high-end sector as of recently, while lower price points are holding their own.
Rent prices at the lowest end of the spectrum were up 5.3 percent in May over the previous year, marking a three-year growth trend around 5.5 percent. At the high end of the market, rentals were up 2.1 percent annually.
Throughout the nation, single-family rental demand is moderating after years of sharp increases, and tight credit conditions are likely to keep that demand hot, particularly in the low- and mid-range price points.
Los Angeles was home to largest growth in the single-family rental market among the 10 largest sectors studied by CoreLogic. The Southern California city saw a 5.4 percent growth rate in May from a year prior.