What Could Happen if the Bay Area Tech Bubble Bursts 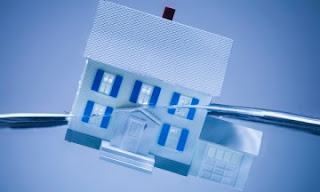 There are signs that the red-hot tech scene is slowing down in Silicon Valley.
Some analysts are predicting a major crash is on its way later this year. But others are optimistic that lessons were learned during the dot-com bust in 2001.
Venture capitalists are starting to close their wallets and not invest in tech. Real estate analysts are warning the rate of growth for the housing costs in the Bay Area has surpassed where it was at right before the dot-com bust in 2001.
So the big question, are we heading for a devastating bubble pop? Or are we heading for a less-scary slowdown?
“There is definitely a real sense of fear that is out there, and when fear is there, the opposite of optimism, then certainly venture capitalists and any other sort of backers are going to put the brakes on, and they are going to go slower and they’re going to lend less money,” tech financial expert Erica Sandberg said.
Layoffs and the extreme fall of some tech stocks are spooking investors.
LinkedIn stock is 50 percent down from where it was in November. Twitter is down 62 percent over the last year.
Twitter is in big trouble. They are laying off 8 percent of their workforce. And for the first time, it is not gaining any users. It is losing people.
In the last three months of 2015, Twitter lost 2 million users.
Yahoo is also in really bad shape. It has announced it is laying off 15 percent of their workforce. That is around 1,700 people.
HP has laid off 33,000. And Microsoft laid off 7,800.
And now smaller, hot tech companies are also feeling the pain.
GoPro, Instacart, Autodesk, and Yelp are laying off workers.
“This kind of confluence of different events happening that don’t spell unbridled growth…in 2016,” USA Today San Francisco Bureau Chief Jon Swartz said.
Swartz wrote an article for USA today about how “the hour of reckoning is coming for tech.” And it’s gotten a lot of buzz.
“ I think you’re going to see more belt-tightening than we have before,” Swartz said. “It’s not going to be this unbridled growth and stratospheric valuations that have been dominating tech for so long.“
“It sounds so dramatic to say a big bubble pop,” Sandberg said. “But it’s definitely a slowdown. And that is a fact. It is happening. People are losing their job and companies are not hiring as aggressive as they were before. So, it’s a definite change.”
Jon, Erica, and other tech analysts Gabe talked to said there will not be a fierce bubble pop like 2001. It will be a slow down.
Lessons were learned with the dot-com bust and things are different now.
“Now, you have a much larger audience online. You have 3 billion people versus half a million back then,” Swartz said. “You have a lot more real profitable businesses. The mobile phone revolution, the use of apps have all kind of led to a really strong Internet economy. All I’m saying is what you are going to see is probably scaling back of what has been going, which was not sustainable to begin with.”
“Are lessons learned? Some yes some no.,” Sandberg said. “I have absolutely no faith that everybody is going to go, ‘Well, we’ve learned so much the last time, and now we are not going down that path again.’ That’s not necessarily true. But what is true is that people have this memory. We remember what it was like when jobs were scarce.”
And we all need to be prepared for that–jobs being scarce. So, from what Gabe learned, unless there is another major terrorist attack or a foreign market collapsing, there will not be a dramatic bubble pop with a different company closing its doors every day. But, this slowdown will affect the job market and layoffs will continue.
It will be harder to get a tech job in the Bay Area, or keep the one you already have.
Thursday night at 8 p.m. Gabe will cover that part of the story–how this all will affect jobs.
And he will have some good advice to share for people looking for tech jobs, or entering the tech workforce.
Posted by Greg Flowers at 1:26 PM