A Few Helpful Hints Before Buying a Cliff Side Home 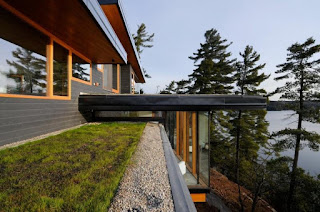 Few sights are as beautiful as a home perched on a craggy cliff, overlooking the ocean—except when that cliff starts to crumble. That’s what frightening video footage has shown is happening to the coastline in Pacifica, CA, just south of San Francisco.

Ten days of El Niño rains battering this bluff have caused portions to collapse into the sea. And since some people’s apartments are situated so close to the brink, many lost their backyards and porches, and now must be wondering if their homes are next.

The city of Pacifica has declared a local state of emergency. So far, it has condemned 20 homes as uninhabitable, ordering its inhabitants to vacate the premises. More may follow, because El Niño is far from over.

As sudden and dramatic as this may seem, the U.S. Geological Survey—which studies the impact of storms and erosion on shorelines—has found that the cliffs in Pacifica have been retreating at an average rate of about 2 feet per year since 1950. But it’s hardly the only area at risk; coastal erosion affects many areas.

So if you’re pining for a cliff side retreat of your own, is there anything you can do to keep it from slipping out from under you?
According to environmental designer and science teacher Pablo Solomon, certain beaches are indeed safer than others.


“You just do not build on an eroding beachfront and expect to not end up in the ocean sooner or later. When you are building on dirt cliffs, it makes no difference if they are 8 feet tall or 80—they will eventually erode and collapse. In fact, building on stone cliffs is not always a sure answer. Give the ocean enough time, and castles, forts, and anything can fall.”

The USGS features a map identifying areas most vulnerable to coastal hazards such as erosion. And if you do find yourself swooning over a home near the ocean, you’ll want to bring in some additional experts to assess if it’s a solid purchase, so to speak.

“Buyers considering these types of homes really need to bring in structural and environmental engineers as part of their due diligence.”  “Depending on the makeup of the land, it may be that some terrains simply can’t safely support a structure on them for the very reasons these homes are collapsing. But other areas could be fine.”


So until you’ve done your research, don’t let the crumbling cliffs in Pacifica scare you away from a home with an ocean view. In the words of one Pacifica renter, there is a slightly brighter side to the situation:
Posted by Greg Flowers at 11:43 AM