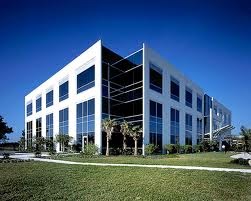 Auction.com, LLC, the nation's leading online real estate marketplace, today released its Q3 2015 Commercial Real Estate (CRE) Market Monitor™, which reveals that CRE market activity is continuing to show signs of slowing and stabilizing after several years of run-up and appreciation. Total transaction volume across the five major CRE sectors dipped 6.5 percent on a quarter-over-quarter basis, sitting just 2.6 percent higher than one year ago — down from 24 percent higher in Q2. The slowdown in deal volume occurred amid the patch of U.S. economic softness in late summer, though the overall capital markets climate remains bullish. Cap rates continued to tighten and prices across all sectors maintained their ascent.

"A drop in sales volume back in Q2 signaled an unexpected shift in the CRE market after a very strong first quarter, and now we're seeing actual proof of a slowdown," said Auction.com Chief Economist Peter Muoio. "While all of the major sectors are still performing better than a year ago, CRE as a whole is feeling the pinch from recent shifts in the U.S. economy. Paced by a promising hotel sector, however, CRE pricing still remains on the uptick, even though that sector's price growth has decelerated over the past quarter and could cool in the immediate future."

Office and apartment transaction volume increased in Q3 as a share of the five sector total relative to the second quarter. While apartment deal volume climbed and pushed the sector's quarterly share 440 bps higher than its 10-year average, office volume was only slightly trailing its 10-year average. Retail and industrial shares of volume did not significantly deviate from historical trends, though the hotel sector saw a pronounced pullback in activity. That sector's share of total five sector deal volume shrank from at least 11 percent in each of the last two quarters to just 7.1 percent in Q3.
Posted by Greg Flowers at 3:20 PM