San Francisco metro area residents paid record median rent in August, but there was a glimmer of good news: the pace of year-over year rent increases rose at the slowest pace since June 2014, Zillow said Tuesday.

That put San Francisco in second place nationally for highest median rent — surpassed only by the San Jose metro area, which had a Zillow Rent Index of $3,401 in August, up 9.5 percent from August 2014. 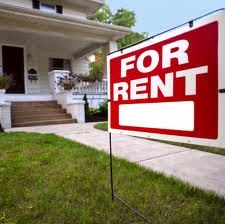 The Zillow Rent Index is the median rental value of all the rent zestimates in an area.
The Bay Area's slowing pace of rent increases reflects a national trend, which the Associated Press covered.

"At the end of the day, we had an adjusted R-squared correlation of 0.83 for venture capital investment. It's very strong," Devin O'Brien, head of Zumper marketing told TechCrunch.
That will come as little surprise to those who managed not to sleep through their Econ 101 class. Housing costs have a strong correlation, if not the strongest, to job creation.
What's one of the first things entrepreneurs do when they get venture funding? Hire.
Posted by Greg Flowers at 11:03 AM