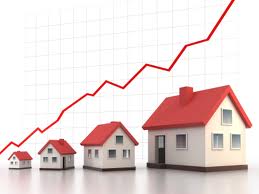 The harder they fall, the higher they bounce. Local real estate markets in California were among those hit hardest by the national housing crisis and recession. Entire neighborhoods were emptied by foreclosure. House values dropped like a rock. Would-be home buyers retreated back to renting, sending the entire real estate market to a screeching halt.

But that was then, and this is now. In 2015, California housing markets could experience some of the biggest price gains in the country. This is according to an analysis and forecast by the economists at Zillow.

Earlier this year, the real estate information service Zillow published home-value predictions for hundreds of cities and metro areas across the U.S. It was meant to show where home prices “are headed over the next 12 months, from May 2014 through May 2015.”

The projections came in the form of an interactive (and highly addictive) tool that allows you to scale the projections up and down. In other words, you can “zoom in” to see which housing markets are predicted to appreciate the most in 2015. And guess what? They’re all in California and Nevada.