Looking Into The 2014 Crystal Ball 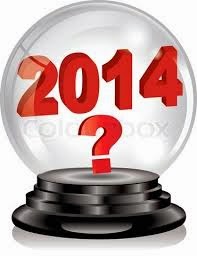 Home prices got off dead center as early as February, and climbed like the California Screamin’ roller coaster ride at Disney California Adventure Park. Unpredicted price escalation took hold for the rest of the year.

Thanks to the national debt ceiling talks, there was even an OMG moment as the year wound to a close. Economists wagged their fingers at Washington politics. Consumers took a deep gulp. And, for a spell, it seemed the Car Land sign that reads, “Dang Near Fainted,” had popped up on our road to recovery to throw a wrench in the works.

But, it didn’t happen.
As the year rolled to a close, and everyone caught their breath, seat belts should remain buckled. For 2014, more of the same, perhaps a milder ride, is predicted. But, still, it’s a conundrum as we make our way toward a full recovery.

EXISTING HOMES
Take-Away: The economics of supply and demand played out. Most expected median price gains of 6 percent. Come February, an 18 percent median price jump in a region battered by foreclosure and short sales was a big wake-up call.

The year didn’t disappoint on price. The Inland had its strongest gains in six years. Home prices rose nearly 30 percent in some places. The crescendo, keeping demand sharp, did not abate.

Around-the-Corner: Price increases helped restore equity to many homes, and it put sellers back in the ballgame. That will help bolster supply. But it’s not a seller’s market, yet. Homeowners who get too aggressive could be left in the dust. Buyers are still bottom-feeding when it comes to price.
The hunch is, home prices will continue to rise in 2014, but at a more moderate pace. Buyers who’ve been hoping to catch a slice of California real estate need to be nimble, and run the risk of losing out. Affordability will become an issue for some wage earners here.


NEW HOMES
Take-Away: There’s nothing like that new-home smell. And, with existing home prices on the rise, there’s been a gravitational pull toward the new-home market. As construction costs penciled out, Inland region builders called a pool of long-idled craftsman to the labor force.
But the new-home market was hobbled so badly, it will take time to see a bumper crop of rooftops on the skyline. Building permits rose by the hundreds in 2013, not the thousands, as they did in the go-go years.

Around the Corner: This will be another building-block year. With Eastvale nearly built out, Jurupa Valley and commuter areas farther from the coast and work centers — think Banning/Beaumont, Calimesa, Menifee and the Coachella Valley as spots that ripen for new-home prospecting. We’re going to start to see more projects in the pipeline for 2015 and 2016.


CONDOS/TOWNHOMES
Take-Away: Buyers follow price. So, with limited single-family detached homes coming into the market at prices under $200,000, attention turned to townhomes and condos. Young adults who are finally back on their feet, and can no longer deal with living at mom and dad’s or in shared apartments, got antsy.

Around-the-Corner: Demand will intensify for multifamily and condo-style housing, now that job growth is going in the right direction. Condo buyers in this realm are putting a premium on mobility; a lock-and-go lifestyle.


DISTRESSED PROPERTY
Take-Away: The much ballyhooed shadow inventory didn’t materialize in 2013, as some suspected it would. There was a lackluster start to foreclosure filings in the first part of the year — filings clocking in at a rate of about 4,750 notices of default, trustee’s auctions and take-backs were down about 54 percent from 2012.

By year’s end, filings were just shy of pre-recession levels.
Short-sale activity hit the skids. Buyers in the midst of protracted short-sale purchases exposed the hand of lenders who, as assessments rose, put off close of escrow with demands for more money. By year’s end, Realtors reported that 80 percent of all sales involved homes with equity.

Around the Corner: With home equity rising, and some GDP growth, foreclosure activity could return to a normal pace. The pool of mortgaged homes that are under water, meaning the loan is higher than the house is worth, could fall below 25 percent. A year ago, more than 50 percent of the mortgaged property was under water.
Keep an eye on the horizon, though: Some analysts see a final blip in foreclosure filings as the last of the distressed property is flushed out. They believe lenders took a bit of a hiatus as they acclimated to provisions of the California Homeowner’s Bill of Rights Act.


LENDING
Take-Away: Interest rates ticked up. Mortgage lending jumped to a five-year high, driven by a sharp spike in refinancing as borrowers rushed in to lock down some of the lowest rates in 60 years before beginning a predicted climb out of the trenches. Any rise from historic lows was not unexpected. Neither was the Federal Reserve’s announcement it would start to taper its bond-buying program to $75 billion a month beginning in January, and lower its long-term Treasury bond and mortgage-backed securities purchases by $5 billion each.

Around the Corner: New mortgage rules, with tighter standards, take effect this year. And, the FHA maximum loan limit has also dropped 29 percent to $355,350 from $500,000. These two variables, along with a predicted rise in lending rates, will make this the year to watch how the housing market gyrates in response. Money finds a way, so lenders will likely get creative about how to put buyers into home loans. Watch closely, as modified lending products come into the marketplace.
Posted by Greg Flowers at 10:42 AM