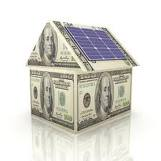 The good feelings generated by many swollen bank accounts in Silicon Valley's real estate industry should spread to more markets next year, while the Bay Area continues to reap the benefits of a strong local economy.
That was one takeaway from this year's presentation of Emerging Trends in Real Estate 2014, the closely watched survey of real estate sentiment from PricewaterhouseCoopers and the Urban Land Institute. (You can download a copy of the report here.)
"All the markets are getting better — that's the general theme," said Andrew Warren, PwC's director of real estate research. Warren spoke to a gathering of industry professionals Dec. 4 at the Four Seasons hotel in East Palo Alto. The survey gathers responses from more than 1,000 professionals and includes rankings of markets by various industry sectors.
Some other key points:
1. The San Jose area remains in the top five markets nationally for investment, development and homebuilding. (It's No. 3 this year, where it also placed last year on the ranking of the survey's top 20 markets.) You've heard this before, but it's all about job growth. San Jose is now above its peak employment level before the recession, driving demand. Cities on the "most improved" list were Las Vegas, Sacramento, Atlanta, the Inland Empire, and Phoenix. Washington, D.C. dropped the most, and you can blame federal shutdowns for that.
2. Industrial booms: This year's survey found industrial property topping investment prospects for 2014, followed by hotels, apartments, office and retail. One sticking point: The vast majority of investors said they wanted to buy industrial properties this coming year, but less than 10 percent of industrial owners said they wanted to sell. "So the question is, will there be a stalemate, or will that entice people to sell?" Warren said.
3. Capital will continue to flow: Pension funds and regional banks are increasing their real estate exposure. Warren said pension funds that haven't invested in real estate are looking to dip their toes into the water. Meanwhile, regional banks — which all but stopped lending in commercial real estate during the downturn — have mostly worked through their bad portfolio and are looking to start lending again. "The mood is they want to start doing more. The dialogue has opened up. It's just not completely there yet."
4. Demographic trends are raising questions: Warren noted the jury is still out on how the younger generation will change demand for office space and residential. Fewer Americans are getting drivers licenses and cars, he noted, and young people are opting to live in urban locations. "The question is, are they going to stay there as they get older," he said. "The other question is with the higher rate of student debt, will they be able to buy a house? There's a lot of questions with this group, and it's going to be something that real estate is dealing with for years to come."
5. Locally, the business trends that have driven strong real estate activity in the past couple of years should continue, industry executives said in a response panel following the presentation. Deke Hunter of Hunter Properties said he is keeping a close eye on the supply of new office product coming onto the market, as well as other "bubble" signs. "But that said, I don't think we'll have outrageous growth," he said. "I think we'll have better-than-national-average growth, and we should do quite well."
Lisa Gillmor, a city of Santa Clara council member and real estate veteran, noted that the Levi's Stadium alone is driving tremendous investment activity in the area, with more than $4.5 billion from two major proposed mixed-use projects on city-owned land.
"We're looking at creating a population of thousands to stay in Santa Clara — to spend their money, to live and rent," she said. "We're trying to create this new city environment that our workforce is demanding of us now."
Posted by Greg Flowers at 1:23 PM