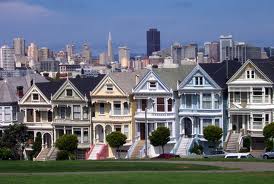 The technology-powered real estate brokerage, Redfin has issued its Fastest Markets Report for August which shows home-selling speeds fell for the fourth month in a row.
In August, 27.9 percent of homes went under contract in less than two weeks, down from 29 percent in July and 33.7 percent in April.
As Redfin's latest Bidding War Report shows, the competitive landscape in the housing market has changed drastically since spring, due to elevated home prices and mortgage rates. This has led many buyers to slow or pause their buying plans over the past four months.
Overall Fastest/Slowest
* San Jose remains the fastest-moving market in August, with 43.6% of listings under contract within two weeks despite slowing slightly from 46.1% in July. Across 23 markets, San Jose has been the fastest every single month since December 2011. * The slowest-moving market was again Philadelphia, which saw 7.0% of homes under contract within two weeks, down from 7.3% in July.
Notable Speed Changes
* San Diego slowed the most from July to August. In San Diego, the rate of homes going under contract within two weeks slowed from 36.1% to 31.6%. Las Vegas sped up the most from July to August. In Las Vegas, 24.7% of homes went under contract within two weeks in August compared with 18.3% in July. * Compared to a year earlier, Atlanta sped up the most. The rate of homes going under contract in 14 days moved from 1.2% to 22.7% between August 2012 and August 2013. * Sacramento slowed the most in the year, dropping from 40% to 34.1%.
Despite the slowing trend throughout summer, market speed could see a slight increase in September as some buyers react to reduced mortgage rates. After surpassing 4.7 percent in mid-August, 30-year fixed mortgage rates eased to about 4.3 percent in September in reaction to the Federal Reserve's decision on September 18 to keep its stimulus program unchanged for now.
Although the rates have dropped only slightly, Redfin agents in Seattle, Washington, D.C. and Los Angeles in recent days have reported a boost in urgency among buyers to find a home.
"I have clients who were planning to move next year. They are now considering selling their condo this autumn because, with lower rates, they believe their money will go further on their next home," said Washington, D.C. Redfin Agent Lisa Greaves.
Posted by Greg Flowers at 3:35 PM