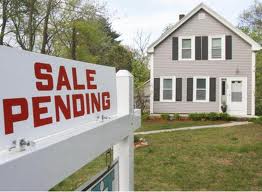 Sales of existing homes slipped 1 percent in the month of December as strict mortgage lending standards and scant inventory restricted sales, according to data on the latest real estate market trends released today by the National Association of Realtors.

Total existing homes, including single-family homes, townhomes, condominiums and co-ops declined to a seasonally adjusted annual rate of 4.94 million, according to the association, but the pace 12.8 percent higher than that for December 2011.

Total existing home sales were 4.65 million in 2012, a year-over-year increase of 9.2 percent, according to the association, which tracks overall positive real estate market trends. Total sales volume for 2012 was the highest since 2007, when sales reached 5.03 million. The annual rate of increase is the strongest since 2004.

“Record low mortgage interest rates clearly are helping many home buyers, but tight inventory and restrictive mortgage underwriting standards are limiting sales,” Lawrence Yun, chief economist for the association, said in a statement. Yun predicts sidelined buyers will continue to reenter the housing market as their financial situations stabilize and their confidence grows. Among positive real estate market trends for 2013, Yun said, “both sales and prices will be again high in 2013.”

The inventory of unsold homes is at the lowest level since January 2001 and 21.6 percent lower than a year ago, the association reported, while the median existing home price rose 11.5 percent year-over-year for the 10th consecutive month of annual gains.

In other real estate market trends, the National Association of Home Builders yesterday reported that sentiment among members of the home remodeling industry has moved into positive territory. The associations Remodeling Market Index rose to 5 points to 55 in the fourth quarter. A reading above 50 indicates more remodelers perceive an increase rather than a decrease in remodeling activity.
The real estate market trends are driven by increased consumer confidence, David Crowe, the association’s chief economist, said in a statement.
Posted by Greg Flowers at 10:16 AM