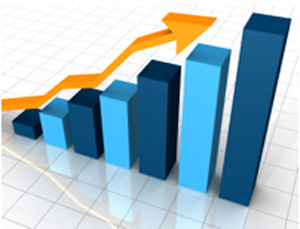 The latest real estate market trends show continued improvement with an in existing home sales and prices, and rising confidence among home builders, according to industry data released today.

Total existing home sales sold at a seasonally adjusted annual rate of 4.79 million in October, up from 4.69 million in September, despite the regional impact from Hurricane Sandy on real estate market trends, according to the NAR. October sales are 10.9 percent higher than the 4.32 million pace for October 2011.
“We expect an impact on Northeastern home sales in the coming months from a pause and delays in storm-impacted regions,” Lawrence Yun, NAR chief economist, said in a statement.

The national median existing home price for all housing types, including single-family homes, townhomes, condominiums and co-ops, was $178,600 in October, the eighth consecutive month of annual increases.
“Rising home prices have already resulted in a $760 billion growth in during the past year,” Yun said. “Given that each percentage point of prices appreciation translates into an additional $190 billion in home equity, we could see close to a $1 trillion gain next year.”

Confidence among home builders rose 5 points to 46 on the NAHB Housing Market Index. “While our confidence gauge has yet to breach the 50 mark – at which an equal number of builders view sales conditions as good versus poor – we have certainly made substantial progress since this time last year, when the HMI stood at 19,” the association’s chief economist, David Crowe, said in a statement.

The index tracks home builders’ perception of sale, sales expectations and traffic of prospective buyers. Builders’ reported an 8-point improvement to 49 in their view of current sales conditions, while the outlook for sales over the next six months rose 2 points to 53. Perceptions of traffic remained at 35 from the previous month.