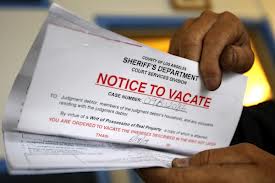 U.S. homeowners are getting better about keeping up with mortgage payments, driving the percentage of borrowers who have fallen behind to a three-year low, according to a new report.


Still, the rate of decline remains slow, credit reporting agency TransUnion said Wednesday. The percentage of mortgages going unpaid is unlikely to return anytime soon to where it was before the housing market crashed.

Some 5.49 percent of the nation's mortgage holders were behind on their payments by 60 days or more in the April-to-June period, the agency said. That's the lowest level since the first quarter of 2009.

The second-quarter delinquency rate is down from 5.82 percent in the same period last year, and below the 5.78 percent rate for the first three months of 2012. The positive second-quarter trend coincided with an improving outlook for the U.S. housing market.

A measure of national home prices rose 2.2 percent from April to May, the second increase after seven months of flat or declining readings. Sales of new homes fell in June after reaching a two-year high in May. Sales of previously occupied homes also declined in June, but were higher than a year earlier.

Home refinancing surged in the second quarter, as interest rates sank to historic lows. And more borrowers with underwater mortgages -- or home loans that exceed the value of the home -- refinanced through the government's Home Affordable Refinance Program than ever before.

"More people are making their payments, and that's great," said Tim Martin, group vice president of U.S. housing for TransUnion. "I expected a little bit better, but maybe we'll see some more of that pick up in [the third quarter]."

Even as housing trends turned positive earlier this year, the U.S. economy began to show signs of faltering. The national unemployment rate remained stuck at 8.2 percent, and the pace of job growth slowed sharply, with employers adding an average of only 75,000 jobs in the April-June quarter. Hiring appeared to pick up in July, however, with employers adding 163,000 jobs.

TransUnion anticipates the mortgage delinquency rate will continue to decline. But it doesn't see it falling below 5 percent this year.

The national delinquency rate remains well above its historical range, an indication many homeowners are still struggling five years after the housing downturn.

At the state level, Florida led the nation with the highest mortgage delinquency rate of any state at 13.48 percent, down from 13.91 percent a year earlier. It was followed by Nevada at 10.85 percent; New Jersey at 8.15 percent; and, Maryland at 6.79 percent.

One reason for the sharp declines in mortgage delinquency rates in those states is that homes tend to move faster through the foreclosure process than in Florida, New York and other states where the courts play a role in the process. That leads to logjams of cases involving home loans that may have gone unpaid for two years or more.

"You have states that are taking a long time to work through the delinquencies that they have, which is keeping their numbers up," Martin said.