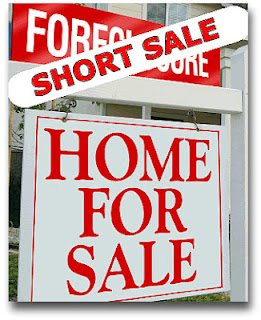 Short sales continued to soar in January, reaching their highest level in California in three years. The California Association of Realtors reported in its Pending Homes Sales Index that the number of short sales increased from January last year and also from the previous month.

A short sale is a real estate transaction in which a homeowner sells a property for less than is owed on it and the lender agrees to discount the payoff. Statewide, short sales accounted for 23.8 percent of all homes in escrow, up from 22.2 percent a year earlier, CAR reported. But short sales dominated the pending home sales in Riverside and San Bernardino counties, making up more than two-thirds of the sales.

• Distressed properties, including short sales and bank-owned homes, increased to 50.1 percent in January, from 47.3 percent in December. They reached 53.5 percent a year earlier.

Attitudes Shift:A survey of homeowners last month showed that 83 percent of those who bought short sales were satisfied with their purchase, according to online real estate resource HomeGain. Short sale buyers were the most satisfied of any other sale type, the study indicated.

As short sales continue to flood the market, the survey shows attitudes are changing among home buyers and real estate agents, who once avoided short sales because of the stigma associated with longer escrows and high fallout rates.

But the fact is, short sales are the best values around for home buyers. And buyers are coming around. Here’s why:

Better Prices:
In the hierarchy of pricing for a neighborhood, new homes and standard equity sales trend to the top of the price range. Short sales and REOs sell near the bottom.

Banks are willing to accept a lower price on a short sale because it’s their favorite method to avoid having to foreclose on the property. And foreclosures mean the bank will lose 8 percent to 12 percent more than from a short sale.

Better Condition:
Short sales tend to be owner-occupied homes in better condition than vacant bank-owned properties. They are less likely to be vandalized, squatted on or stripped of appliances and fixtures. Homeowners tend to maintain their homes during the short sale process, as well.

Less Competition:
Because many buyers and agent avoid short sales, there is less competition among buyers. Many buyers aren’t willing to wait for a short sale, which can add a couple months to the purchase timeline. But for those who are willing to wait, the payoff is handsome.