Two lawmakers, a California Republican and a Michigan Democrat, are set to unveil legislation Thursday to replace mortgage giants Fannie Mae and Freddie Mac with at least five private companies that would issue mortgage-backed securities with explicit federal guarantees. 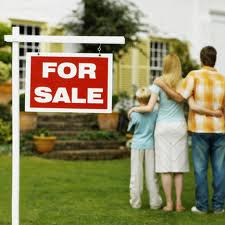 The measure is a compromise between conservative Republicans who have advanced bills to build a mostly private mortgage-finance system and Democrats, who say the government shouldn't abandon the mortgage market.

Fannie and Freddie were taken over by the government in 2008 as rising mortgage losses wiped out thin capital cushions. Taxpayers are on the hook for $138 billion to keep the companies afloat and stabilize mortgage markets.

Amid an uneven housing recovery, lawmakers have largely shied away from fashioning a successor to the failed mortgage giants.

Analysts say that the compromise proposed by Rep. John Campbell (R., Calif.) and Rep. Gary Peters (D., Mich.) may be the only plan likely to attract sufficient support from both parties on a politically explosive subject, particularly at a time when gridlock looms over issues such as how to curb federal spending.

Other policy makers, including Treasury Secretary Timothy Geithner, have publicly discussed the merits of a limited but explicit government guarantee of securities backed by certain types of mortgages.

Rep. Campbell said, "Rather than putting out a political marker, we can move a piece of legislation that is significant...and can actually become law. The only other approach that's out there in a bill is one that replaces Fannie and Freddie with nothing."

Like Fannie and Freddie, the new entities would be restricted to buying loans that meet certain standards, including size caps. But the firms would have to hold much more capital than Fannie and Freddie. And only the mortgage-backed securities that they issue—not the companies themselves—would enjoy federal guarantees.

The companies would operate more as public utilities and likely wouldn't have exchange-listed shares.

The approach signals policy makers' desire to usher more private capital into the mortgage market, where the government currently backs more than nine in 10 new loans. But the measure also reflects an unwillingness to cut the federal cords entirely.

The bill comes as the housing and financial-services industries dial up efforts to block more aggressive overhauls of the mortgage market. Thursday's measure mirrors proposals advanced by industry groups such as the Financial Services Roundtable's Housing Policy Council.

Critics say the hybrid model risks recreating the same dynamics that led Fannie and Freddie to use their government ties to take risks that cost taxpayers. "In reality, this is almost surely going to be terrible," said Dwight Jaffee, finance professor at the University of California, Berkeley. Government insurance programs, he says, inevitably lead to "a catastrophe."

Advocates say taxpayers will be less exposed to losses because borrowers would be required to make significant down payments and the new firms would be required to hold more capital. The firms will also pay a fee for government backing to finance a catastrophic insurance fund, much as the Federal Deposit Insurance Corp. levies fees and handles bank failures.

"There is a lot of private capital ahead of the federal government and the taxpayers on this," said Rep. Peters.

The proposal leaves many details to an independent regulator, which Rep. Campbell says should be insulated from Congress to prevent lawmakers from leaning on it "to do politically correct things, which may not be financially correct things."

That role would fall to the Federal Housing Finance Agency, which currently regulates Fannie and Freddie. It would issue charters to the mortgage "guaranty associations," and would be charged with setting guarantee fees and ensuring appropriate capital levels.

While the bill doesn't specify whether the new entities would be allowed to hold mortgage portfolios, the more-stringent capital requirements would make such investment vehicles economically unattractive.
Posted by Greg Flowers at 10:28 AM